First night, my arrival in Marrakech, I had no phone signal and no visible pick-up as arranged.  The only pay phone was at the top of the stairs and I had one large bag that would require dragging to the top.  But when a man saw me wandering around the arrival area, he asked if I was looking for his group - Club Med.  Maybe 18 years ago.  Since he spoke English, I explained that I was supposed to have a ride, that I could not locate, and I was supposed to call, but I had no phone signal.  He quickly offered to call the number for me and after some additional calls, he finally found out that someone was in the arrival hall for me.  We called that person and a man emerged from the waiting crowd holding a sign with “Preacher” written on it.  That was for me.  And my name is Doerr.

How I traveled: I arranged to meet with a couple of friends from the UK that I had met in Nepal several years ago.  Helene and I coordinated most of the schedule via email and then made adjustments to our itinerary once we were all together.  She arranged for the car rental in Marrakech and they did the driving.

Flights:  I used miles for the roundtrip to London Heathrow (taxes are horrendous for “free” flights into London, but it was still the cheapest option) and then bought a separate roundtrip (RyanAir) from another airport in London to Marrakech.  I booked a National Express airport bus between airports in London.

You need to be aware of luggage restrictions on budget airlines.  Some, such as Ryanair, will only allow ONE carry-on bag.

Memorable Moments:  While we were staying in Merzouga, Erg Chebbi, there was an incredible rainstorm that knocked out the power.  Incredible because we were sitting on the edge of the Sahara and they had not seen a storm so severe in almost 20 years.  It effectively cancelled our plans to camp in the desert that night.  When we left the next morning, there were small ponds and lakes everywhere, transforming the desert into an entirely different landscape.

While in Dades Gorge, we met a man named Mustapha, who played the drums for us one night and then again the following day after taking us on a beautiful hike through the valley. 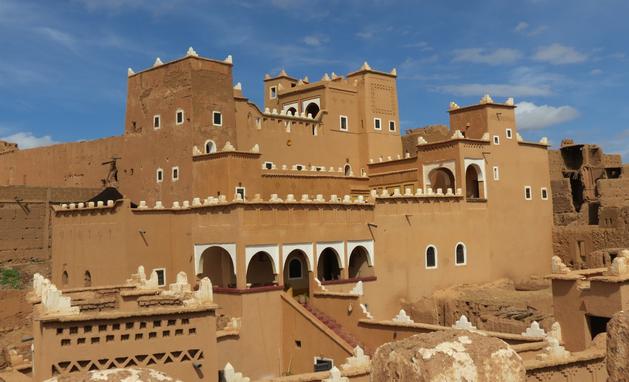