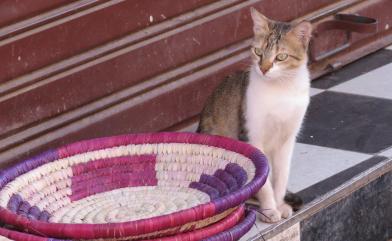 Reading on the Road

I can't imagine traveling without several good books to keep me company on the plane, train, or bus when I'm not busy looking out the window at the passing landscape.  I went through my existing library and realized how much I've read about the places I've visited or plan to visit.  Nothing else seems to give such a strong sense of place and culture as seeing and hearing about the country through the eyes and mouth of a native.

And I highly recommend investing in a Kindle.  I have one and I find it essential for long trips.  I have a membership at the local library and can even check out books remotely, saving some money on reading material and freeing up funds to donate to the local library branch.

​I've listed some of the many books I've read over the years.  ​Most essential for any traveler:  National Geographic - I've been a subscriber since January 1992 and my parents subscribed while I was growing up so I've been reading the magazine for most of my life.

When Elephants Fly by Carol Batrus

West With The Night by Beryl Markham

Half of a Yellow Sun by Chimamanda Ngozi Adichie

One Dry Season by Caroline Alexander

Out of Africa by Isak Dinesen

The Eye of the Elephant by Delia and Mark Owens

God Grew Tired of Us by John Bul Dau

The Poisonwood Bible by Barbara Kingsolver

Heart of Darkness by Joseph Conrad

Eyelids of Morning by Alistair Graham and Peter Beard

Stranger in the Forest by Eric Hansen

Into the Heart of Borneo by Redmond O’Hanlon

The Last Empress by Anchee Min

The Bonesetter’s Daughter by Amy Tan

Life and Death in Shanghai by Nien Cheng

The Good Earth by Pearl Buck

A Fine Balance by Rohinton Mistry

Memoirs of a Geisha by Arthur Golden

Motoring with Mohammed by Eric Hansen

Girls of Riyadh by Rajaa Alsanea

Married to a Bedouin by Marguerite van Geldermalsen

The Kite Runner by Khaled Hosseini

And The Mountains Echoed by Khaled Hosseini

The Celestine Prophecy by James Redfield

One Hundred Years of Solitude by Gabriel Garcia Marquez

Love in the Time of Cholera by Gabriel Garcia Marquez

Running the Amazon by Joe Kane

At Play in the Fields of the Lord by Peter Matthiessen

In Trouble Again by Redmond O’Hanlon

The House on Dream Street by Dana Sachs

For my first solo trip (almost 20 years ago):  A Journey of One’s Own by Thalia Zepatos

A Wolverine is Eating My Leg by Tim Cahill

The Serpent and the Rainbow by Wade Davis

Last Chance to See by Douglas Adams and Mark Carwardine

Straight on Till Morning, the Biography of Beryl Markham by Mary S. Lovell